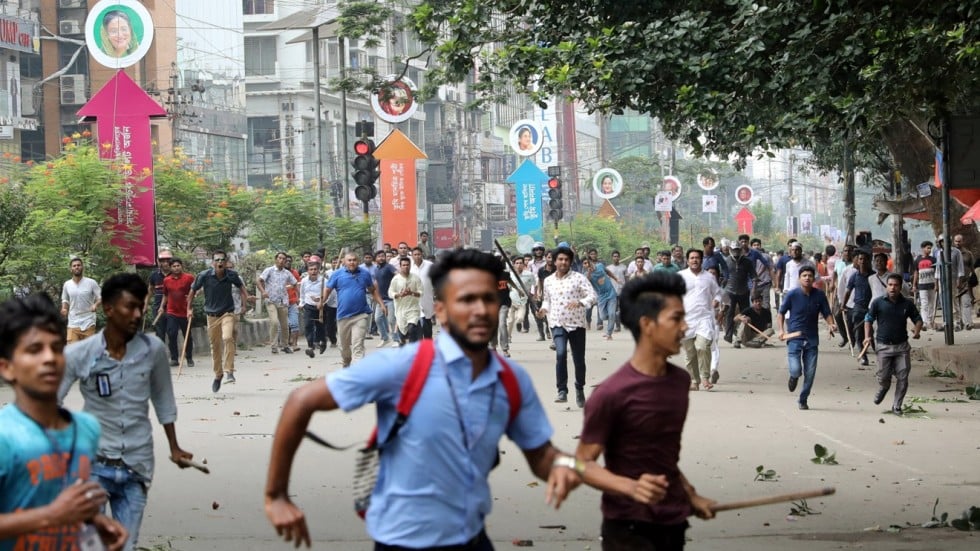 Two students were ran over by public transport buses racing to pick up passengers.

Since then, high school and college students have been protesting peacefully against dangerous road conditions (No driving and traffic regulations and poor enforcement ). They took it upon themselves to manage traffic (creating emergency lanes; laning according to vehicle size) and checking licenses of every passing vehicle (including police vehicles) on major roads.

In retaliation, the Awami league government run student body (Chatro League) along with police officials have started firing guns, tear gas, stick charges, committing rape against these students. Keep in mind the victims are mostly teenagers between the ages 14-18.

The major broadcast networks have been censoring any related news, and major news portals have also stopped reporting the events. We are currently relying on Facebook to spread images and videos of the situation.

I don’t live in the country but all I can do is be petrified and see things unfold in bits and pieces from random Facebook posts. And the rate at which things are deteriorating with literally zero media coverage, both local and international, I’m getting more and more fearful about how this might end up.

I’ll try and link some of the latest from intl. media: Al-Jazeera, BBC, Fox News, Guardian.

The most concerning thing in all of those articles is how the government backed brutality and murders are being covered up and not reported by anyone. And all this because the bus drivers do not want to get driving licenses, follow basic traffic rules and not be penalized for hit and run injury and/or deaths.